The poker world was anything but boring in 2015. We saw major changes in several areas of the poker world and the rise of new poker stars. The face of the regulated U.S. market has changed thanks to the pending return of PokerStars and we have crowned a new world champion of poker.

With the holiday season upon us, it’s time to take a look back at the year that was. Below we present our picks for the top poker stories of 2015.

The 2015 World Series of Poker Main Event had the attention of the entire poker world in July thanks to the deep run of Daniel Negreanu. The prospect of Negreanu making the November Nine had WSOP officials and ESPN producers drooling.

With 11 players remaining, Negreanu was the short stack and looking for a double-up. He finally got the last of his chips in with A♠-4♦ on a flop of A♦-K♣-10♦. Joe McKeehen called with J♦-3♦ and needed a queen win the hand. The turn was a blank but the river produced the Qh to give McKeehen a straight and Negreanu collapsed to the floor after realizing he fell two spots short of the November Nine.

While an 11th place finish wouldn’t be major news, in this case it likely meant the difference in one of the highest rated November Nine broadcasts in history and one that struggled to keep viewers attention.

September 30 was a day that many felt would never come. The New Jersey Division of Gaming Enforcement issued a transactional waiver to PokerStars to operate an online poker site in New Jersey.

Getting a lot of texts when I landed. Lots of people all of a sudden looking to spend some time on the Jersey Shore?

The reaction to the news was largely positive as many believe that PokerStars will help the New Jersey iPoker market to rebound after a dreadful 2015. The waiver comes with certain conditions that PokerStars must meet, including the return or release of unclaimed funds belonging to former NJ PokerStars players.

So, @PokerStars is coming back to the United States! New Jersey to be precise. Exciting news!

Recently, PokerStars CEO David Bazoov revealed that the company expects to begin NJ operations by the middle of 2016.

On October 26, the WSOP announced that Jennifer Harman and John Juanda are the 2015 class of the Poker Hall of Fame. Harman became just the third woman in history to be inducted into the Hall of Fame. Juanda is a five-time WSOP champion with $17.25 million in career earnings.

Phil Hellmuth extended his career bracelets total on June 9th after winning the $10,000 Razz Championship at the 2015 World Series of Poker. He staged a dramatic comeback heads-up against Mike Gorodinsky to win his record-extending 14th bracelet.

BOOOM!! Won my 14th @WSOP Bracelet!!! Dedicated it to a friend I lost recently: Dave Goldberg. Giving my bracelet to Goldies family

Up until this victory, Hellmuth had been cashless at the 2015 WSOP. His win jumpstarted his summer and he went on to cash six times during the summer, including a 6th place finish in the ONE DROP High Roller and a cash in the WSOP Main Event.

Remember when Dan Bilzerian claimed that Phil Ivey was broke? Ivey answered those rumors by winning the 2014 $250k Challenge at Aussie Millions. In 2015, he came back as the defending champion and did it all over again. Joe McKeehen became just the second player in November Nine history to go wire-to-wire as the chip leader. He won the 2015 WSOP Main Event on November 10 for his first career bracelet and 7.81 million. On October 1, Poker Central became the first TV network in history to broadcast poker 24-7. The network will feature syndicated and first-run programming, including High Stakes Poker, Poker After Dark and the much anticipated Pokerography.

It’s finally here – 24/7 PokerTM launches this week. Get all the details for streaming #PokerCentral on Thursday http://t.co/0j4e8Y8b9Q

Poker Central is presently available as an online streaming network only. You can presently see them on Amazon fireTV, Roku TV, filmon.tv, XBOX One and XBOX 360. 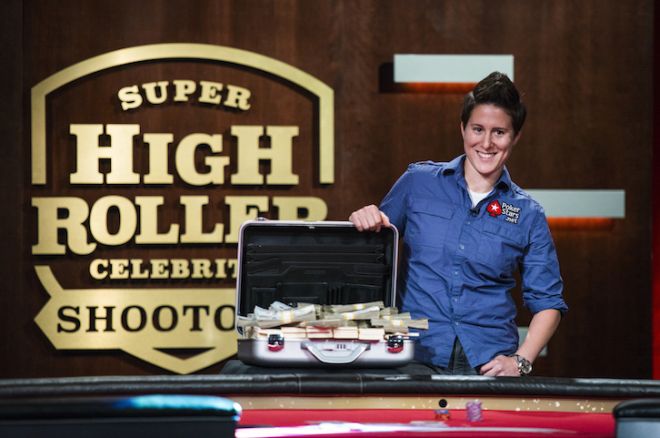 Brian Rast was the eventual winner of the Super High Roller Bowl Main Event. A total of 43 entries were collected for the event and the final table consisted of some of the toughest players in the game. Rast outlasted Erik Seidel, David Peters, Connor Drinan and Scott Seiver heads-up to take the title and $7.52 million. Only the WSOP Main Event had a larger first place prize in 2015.

The cash game will be broadcast on Poker Central starting on December 2nd.

Earlier this month, PokerStars announced major changes to their rewards program, one that will see benefits to high volume players reduced as much as 60%. Also, the SuperNova Elite program will be eliminated at the end of 2016.

These changes have received a ton of negative feedback from pro players, many feeling that PokerStars is orchestrating a money grab rather than making changes to benefit players.

Heres my conversation with @Joeingram1 about the @PokerStars rake changes https://t.co/bnE5Eo6VYa

Many high volume players rely on the rewards received via the PokerStars VIP to supplement their bankrolls. Some players will lose a significant portion of their annual income due to these changes.