How to Make WSOP More Fan Friendly in 5 Steps

News flash: The current strategy to gain viewership for the World Series of Poker isn’t working.

The numbers for this year’s WSOP finale on Tuesday, November 10, were down. According to Sports Media Watch, only 1.5 million viewers tuned in to ESPN to watch the final three players compete for $7.68 million. That number was down one percent from 2014 and seven percent from 2013. It was the second-smallest audience since starting the November Nine in 2008.

I won’t go into the November Nine strategy. Many writers have done that through the years, including just last week when these November Nine alternatives were suggested. If the WSOP is determined to keep it and ESPN has no complaints, nothing will change.

In light of that, there are ways to improve on the November Nine concept as it stands.

Looking at the WSOP from a media perspective, it is relatively easy to find the pertinent information about the WSOP throughout the summer and on to the November Nine. When taping and broadcast times are nowhere to be found on the WSOP website, a proper Google search can find the press release. When we want ticket information for the WSOP Main Event final table, we can try for a response on Twitter from WSOP, or more successfully, Kevin Mathers.

However, from a fan’s perspective, the information can be tough to access. And fans are not exactly encouraged to participate in something like the November Nine, where they are officially welcomed to the Penn & Teller Theater, though nothing is advertised.

It would behoove the WSOP to encourage fan participation in the entire process, whether in Las Vegas or watching on television. So, of course, we have suggestions, specifically for the November Nine time frame:

Make all information clear and easily accessible on the WSOP website. This should include a clear invitation to fans to join in the live taping at the Penn & Teller Theater, as well as taping times, ticket information, and other pertinent details like drinks are cash only and seating is first-come, first-served.

TV viewers should also be able to find information on the website through one or two simple clicks. The broadcast times on ESPN should be plainly listed, as well as online viewing options and broadcast choices for fans in various parts of the world. This year, an Internet search garnered a PDF file of these listings with nothing from the WSOP website.

Create a fun atmosphere for fans at the WSOP November Nine. Make them want to come for the poker as well as more excitement. Have a person on the microphone to talk to the audience in the Penn & Teller Theater during breaks, if only to let them know what’s going on and tell a joke or two. 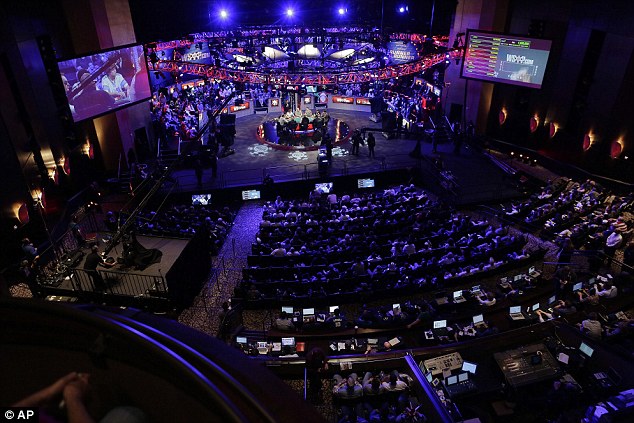 Offer a meet-and-greet opportunity for fans who come for the taping. Many fans would like to meet Kara Scott, Norman Chad, Lon McEachern, Antonio Esfandiari, Phil Hellmuth, and Daniel Negreanu. They could sign books and take photos, all for a nominal fee that would benefit a charity like One Drop or a local Las Vegas organization. They could also have a chance to meet some of the November Nine players – those who would be willing – for a charitable contribution.

Bring in surprise guests for the broadcasts. With the ESPN connections and the many sports figures and celebrities who enjoy the game of poker, there are opportunities to interview some of those personalities for the television audience. And if they stick around for the taping, they could also help with the charitable component by offering photos, a sit-and-go poker game with fans, or other activities around the Rio or Las Vegas.

It would be helpful if ESPN could reserve the same starting times for each night of the WSOP November Nine. It would be much less confusing than 5:30 one night, 6:30 another night, etc.

Another plus would be for ESPN to reserve a proper time allotment for the broadcasts. If it ends earlier than expected, special guests (or even fans) could be brought to the interview desk to fill in the time. The fact that many viewers tried to record the shows only to find out that they missed the ending because the DirecTV or DISH or local cable channels underestimated the time for the shows was frustrating for many.

An extra week before the November Nine would allow for the fans to get better acquainted with the players, encouraging more of a personal investment in the outcome of the tournament. A special episode featuring the November Niners in their home towns or with their families and friends in Las Vegas would build more excitement for the participants in the tournament.

Fans could also be included in the Hall of Fame ceremony, making it something special to more than just the inductees. It could also have a charity component, with the price of a ticket going to One Drop or a local organization. Fans could even buy different priced tickets, such as for the ceremony only, pictures on the red carpet, seats at a table with a poker pro, etc.

Speaking of a red carpet, there should be one. This should be a grand occasion, one that invites the local media and offers a night for all attendees to remember.

With that in mind, the Hall of Fame ceremony should NOT be held at Binion’s. History aside, the establishment is virtually empty of customers, and the ceremony room was dingy and colorless. Bring it back to the Rio and use a convention center room for the festivities. Hire a decorator, add centerpieces to the tables, arrange servers for food and drinks, and make it worth the price of admission.

The best way to improve the November Nine experience is to ask the fans what they would like from it. Open the website up for comments and suggestions, and incorporate them into next year’s events.

If the fans are included in the events surrounding the November Nine, including the Hall of Fame ceremony, it will build excitement from the audience as well as the players and their guests. And when it all benefits one or more charities, everyone wins.