Is the RAWA Death also the End of Adelson?

The Restoration of America’s Wire Act (RAWA) seems to be on its death bed. And its godfather, Sheldon Adelson, may not get his wish of banning online gambling in the United States.

The biggest push for RAWA in 2015 came with a December 9 hearing in the House Committee on Oversight and Government Reform. Though there was one in March in a different committee, the most recent one – entitled “A Casino in Every Smartphone – Law Enforcement Implications” – was clearly an attempt to work up enough support for the anti-online gambling bill to possibly squeeze it into the end-of-year omnibus spending bill.

When the hearing was complete, however, the Poker Players Alliance declared it a victory for poker rights and most analysts agreed that the bill was all but dead. Nevada Senator Mark Lipparelli was the key witness who testified that regulated online gaming works well in the states that have adopted such laws, and FBI Assistant Director Joseph Campbell reiterated that the regulated industry has been problem-free. RAWA supporters were discredited, and the overall sentiment was positive for regulation of online gambling via state governments.

Once again ppa and poker players turn a potentially bad hearing into a clear victory for #poker rights!

Another setback for RAWA came with the recent letter sent to every state Attorney General, asking for support of the Congressional online gambling ban. Fewer AGs signed the letter than in 2014, as only eight decided it was worth the effort.

Though Adelson’s name was nowhere on RAWA, it was widely accepted that his money and power were behind the bills introduced in 2015. But if the bill is dead, what does the casino mogul do next?

He bought a newspaper. It’s not just any little community paper, either. Adelson’s family purchased the Las Vegas Review-Journal and tried to keep their ownership a secret as Adelson simultaneously hosted the most recent GOP presidential debate at his Venetian Las Vegas property.

Upon the revelation of the purchase, several LVRJ reporters banded together to tell the story of the newspaper’s management assigning them to monitor the activity of several judges, just weeks before Adelson was outed as the new owner of the paper. The investigation hinted that the Adelson agenda was already in effect and attempting to skew LVRJ reporting.

When Adelson said, "I'll spend whatever it takes" to ban online #poker you think $140M for LVRJ was part of the plan?https://t.co/K0vyHqCj7f

This is important for online poker and gambling fans and industry executives for a number of reasons, most significantly due to Adelson’s fervent desire to abolish online gambling in the United States. Adelson’s ownership of the most influential Nevada newspaper could have an effect on the future of online gambling, as Adelson may attempt to push news that reflects badly on the industry while bolstering his own influence over politicians and executives.

RAWA may have failed, but Adelson is alive and well. Okay, he’s alive. 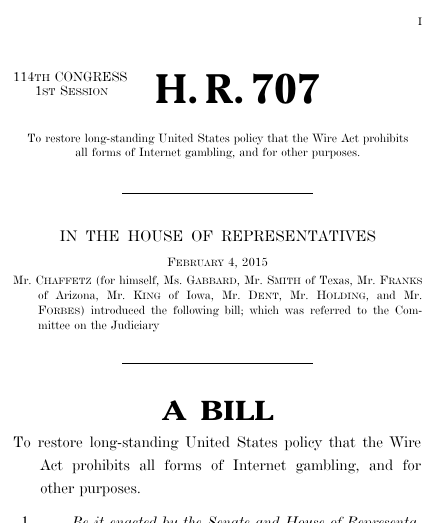 There is little likelihood that Adelson will give up on banning online gambling in the United States. While his new ownership of the LVRJ may not help much with that particular goal, he is still waving around a blank check to one of the Republican candidates in the presidential race. Marco Rubio has his eye on that check, as evidenced by his sponsorship of RAWA in 2015, so there is little stopping him from pushing for another version of RAWA in the coming year.

The states’ rights issue stands in the way of an online gambling ban on the federal level, but the potential of Adelson campaign donations will likely spur another attempt.

Meanwhile, if states like Pennsylvania, California, New York, and Massachusetts speed up their process of regulating online poker and/or casino games, it will decrease the possibilities for RAWA even more.

Adelson will push his agenda until his last breath, but the online gambling industry can make sure his wishes go unfulfilled.