Anna Khait: Cards on the Table for Survivor Season 32

Poker players enjoy competition. So the trend of some poker players becoming stars of reality television shows is not surprising, especially when those shows feature some type of competition that includes reading opponents, bluffing, stamina, and well-calculated plays.

Maria Ho and Tiffany Michelle appeared on the 15th season of Amazing Race. Annie Duke made it to heads-up on Celebrity Apprentice. And Vanessa Rousso was on this past season of Big Brother.

Now, Anna Khait is scheduled to appear on the 32nd season of Survivor, the long-running reality TV show on CBS. The season was filmed last year in Kaoh Rong, Cambodia, and it is an episode in which the 18 competitors are divided into three tribes: Brains, Brawn, and Beauty.

The purpose of the journey is to live in the wild and compete in challenges to remain on the show and become the sole survivor. Not much has been revealed about the season yet, as it doesn’t begin airing until mid-February in the United States, but host Jeff Probst did note that the weather was extremely hot. And expectations for the television show are simple: “Big characters, big moves, and big drama.”

Hailing from Brooklyn, New York, Khait was born in Russia immigrated to the United States as a young girl and has lived in America ever since. She obtained a college degree in biology in 2010 from Hunter College, and she applied for medical school but paused that career path in 2013. Poker had become a big part of Khait’s life, and she was making a solid living at the game.

The yearning for competition was evident early for Khait when she became a skilled handball player, traveling the country and the world to compete. A chance and short-lived seat in a tournament led her to learn more about the game, and she then consumed as many poker books and videos as possible. She began to drive to Atlantic City casinos like the Borgata to play cash games and tournaments, and her passion took over. 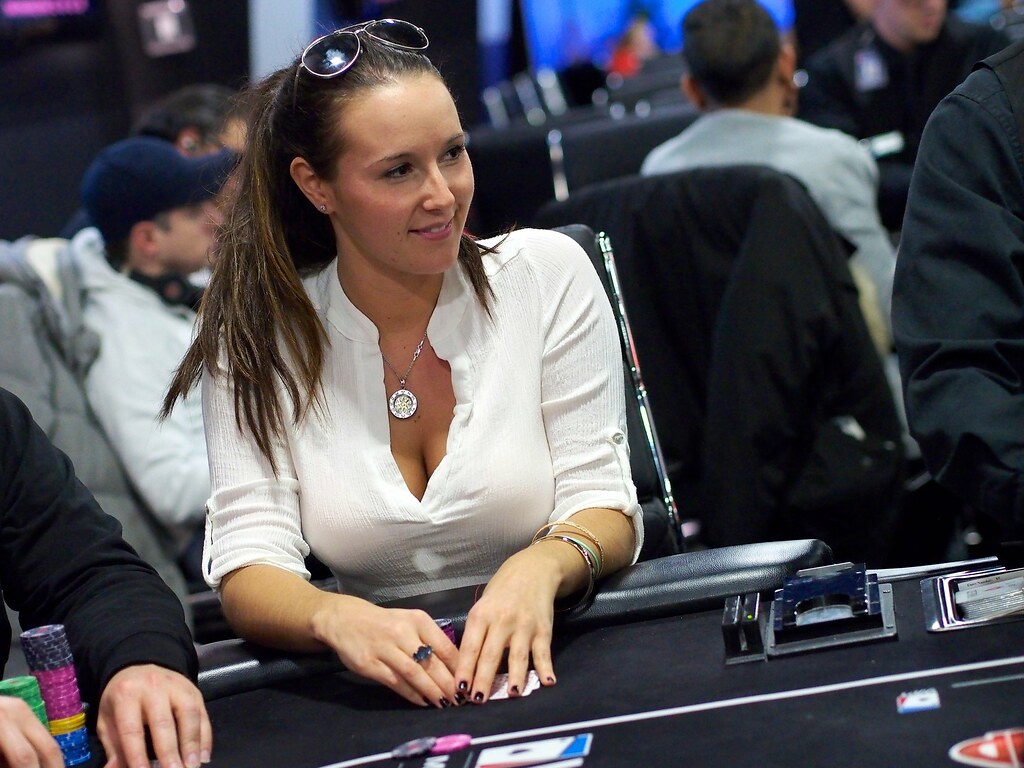 As for live poker tournaments, Khait’s best finish thus far was in 2013 at a Borgata Spring Poker Open side event, in which she finished sixth for $2,998 from her $300 buy-in. Her Hendon Mob profile also lists several other cashes in tournaments at Borgata and Parx Casino in Pennsylvania.

According to her Survivor profile, she is also participating in a scholarship program to help children in Colombia. Besides handball, her other hobbies include playing the piano, reading, and singing. She describes herself as loyal, kind-hearted, and a perfectionist.

She also noted that she has studied the show, having been a longtime fan. “I’m clever enough to play this game well and win,” her profile stated. “My biggest inspiration to win is my mother. She is currently unemployed, and I am supporting her, so winning that money would help me buy a house for her.”

Khait believes she will win because of her people skills, ability to form great relationships, and fearlessness. “I will do what it takes to win.”

Poker’s Past on Survivor

Over the course of the past 31 seasons of the hit TV show, several professional poker players have been participants, though none have ever emerged victorious.

The most famous of those players was Jean-Robert Bellande back in Season 8, who played well but made mistakes and was voted off. His post-show video explains more:

Pro player Garrett Adelstein was on a later season, and he was the second person to be voted off the show, which he explains here:

[fbcomments]
American Poker Awards: And the Nominees Are… Ray Bitar Wins the Heart of Jackie Lucas; Gets Married