When Donald Trump dominates the news regarding the presidential race and most political topics, his competitors receive little time in the media to espouse their views. This has been the case in the past few weeks, even more so than in the past several months.

This means that the 2016 Presidential Poker Open reporting has been rather selectively focused on Trump. Of course, it is tough for the media not to cover the one player who says more outrageous and illogical things than the rest of the field combined. So last time, we wrote about the “Donald Trump show.”

Since that report, Trump has only expounded on his previously astounding statements. But instead of writing solely about him, we are putting this report in the context of this week’s CNN Republican debate, errr, featured table. Since the Democratic-sponsored players have been relatively quiet lately – relatively speaking – Hillary Clinton, Bernie Sanders, and Martin O’Malley will not be featured in this report. Just know that they are playing at a side table and doing shots every time someone in the GOP says Islam and terrorism. Obviously, they are wasted.

The latest poll of the Republican-sponsored players was taken just before the debate. As of December 13, Monmouth University reported Trump still in the lead. Though Ted Cruz gained ground on Trump in the Iowa poll, the larger numbers showed Trump far ahead.

The last major poll taken for the Democratic players was from NBC News and the Wall Street Journal on December 9, and Clinton remained in the lead. Sanders maintained a fairly close second place, while O’Malley was stuck in the single digits of chip percentages.

The main featured table set up for television coverage featured the GOP players with the most chips. From left to right, the players were seated as follows: 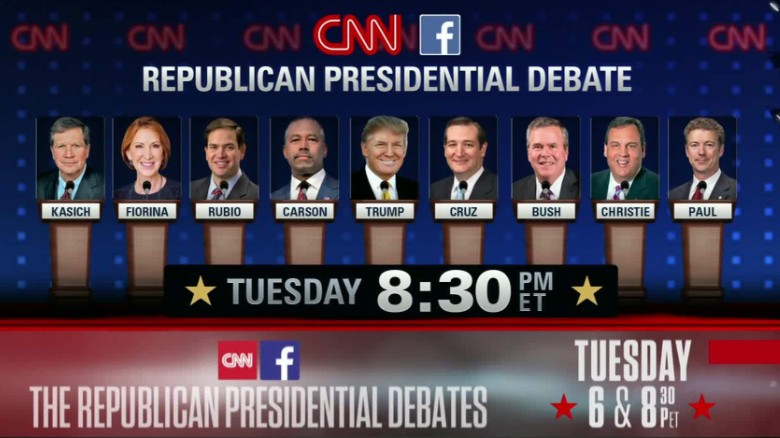 When it began, Bush was on the button, Christie was in the small blind, and Paul had the big blind.

The topic of conversation at the table was national security, so the players were heated from the start of play. It didn’t take long for their poker strategy to reflect their views on issues like immigration and terrorism.

Bush and Trump got involved in several hands early in the coverage, especially when Trump was on the button and Bush in the big blind. Bush had enough of being bullied and decided to use his position on Trump to fight back. He won several hands while calling Trump a “chaos” player and accusing his strategy as being “crazy” and “not serious.” Bush even speculated that Trump learned how to play poker from watching Saturday morning cartoons and said he wouldn’t win the tournament. “You can’t insult your way to victory.”

Trump did play back by touting the chip counts. “I’m at 42 (percentage of chips in play), and you’re at 3 (percent),” he bragged. But Bush refused to get frazzled or let it affect his play. Bush won several big pots from Trump, and the media reported that Trump was outplayed in those hands.

Paul was one of the calmest at the table but did get some jabs in, especially against Rubio and Christie. Paul argued that HUDs shouldn’t be able to collect data on every player in the name of “protecting the game,” as it went against the values of poker. While Rubio asserted that the information was necessary for the United States to produce the next champion, Paul stood his ground, as he did on the same topic against Christie.

Christie got tough and continued raising every hand, but Paul was on his left and reraised each time. He accused Christie of wanting to start “World War III” and then took a big pot after saying, “I think when we think about the judgment of someone who might want World War III, we might think about someone who might shut down a bridge because they don’t like their friends.” Paul was referencing the time that Christie allegedly shut down a major thoroughfare to prevent an opponent from getting to the tournament.

There were moments of strength for Christie, but each time he won a pot, he yelled, “I was there after 9/11!” to the crowd of railbirds.

Fiorina was the most in favor of HUDs to track other players, and she used her experience in business to cite instances in which the technology could help other players get ahead. Even so, she didn’t feel that she had enough chances to play in big hands and began complaining. Kasich did the same.

Ben Carson tried to relate his poker plays to the world of medicine, though his constant coughing throughout the tournament only annoyed his opponents.

Does Ben Carson not know a doctor who can help out with that cough? #GOPDebate

All of the players took their moments on television to blast reigning champion Barack Obama for calling the game Hold’em instead of its “proper” name of Texas Hold’em. They felt that Obama was trying to disparage Texas by simply saying “Hold’em” in all of his press conferences, and they took aim at Clinton for the same. Meanwhile, Clinton simply laughed from the other table on the side of the room. She was tipsy. 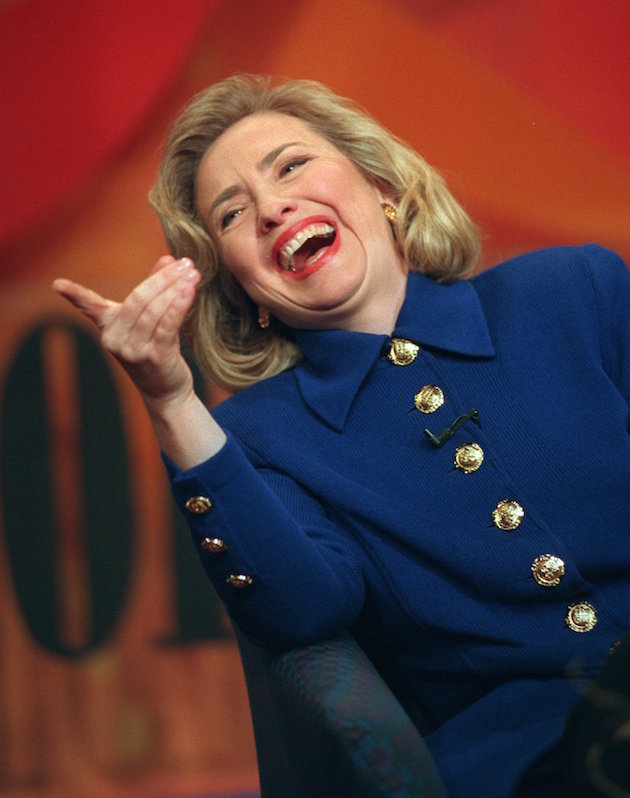 The players who didn’t make it to the big table received less television time but still had quite a bit to say about the same issues. There weren’t many chips at the table, but they played hard nonetheless. They were seated as follows: 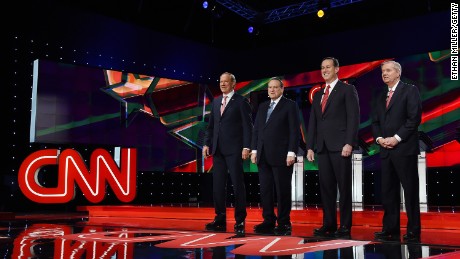 The player involved in most of the hands was Graham, and he seemed to be taking the action very seriously… and personally. He seemed near tears during some of the bigger pots, saying that those who came before him and defended his right to play were not being honored by the others. He also mentioned that he missed previous champion George W. Bush, and for some reason, he quoted “The Princess Bride” before declaring “I’m all in!” when he wasn’t even in that particular hand.

Santorum misplayed several hands by declaring that women weren’t fit to play in all of the tournaments. He noted that the game was better when men played it, and women simply didn’t have the strength or stamina to compete at the same level. Clinton again laughed from the other side of the room, once even falling off of her chair.

Most of the conversations caught on camera included fearful warnings about another 9-11, kudos to the military, and jabs at Obama. Pataki, Santorum, and Huckabee all insisted on pursuing a new tournament rule that banned Muslims from playing until thorough background checks could be done, while Graham defended the Muslim players and noted that only a few were dangerous to the game.

Hand of the Week

One of the most interesting hands took place at the primary featured table with Carson, who played his typical slow and steady game. In that hand, he was in the small blind and Trump was in the big blind.

The two were ready to see a raised flop when the television producer lowered the microphone to Carson and asked, “You mentioned that you’re a pediatric neurologist surgeon…” Carson cut him off and corrected, “Neurosurgeon.”

The producer continued and talked about Carson’s kind nature in medicine. He asked Carson if he thought he could really handle the tough decisions involved in being a world PPO champion. “People wonder if you could order poker tournaments to take place in war zones where innocent children would be killed because of your choices.”

Carson bet the flop and responded that he has had to make tough decisions as a doctor, just as a player does in a poker tournament. “Even when I take their chips, they are happy in the end with how the hand was played.” The producer came back even harder and asked, “So you’re okay with taking all of their money when innocent children might die? Thousands of them?”

The railbirds booed the question. Carson winked at his supporters on the rail and said he could do whatever was necessary to win the tournament and take on all of the responsibilities of being a champion.

Trump ended up folding after Carson bet the turn with four diamonds on the board, and Carson took his only pot of the night.

Preview: There will likely be more fallout from the featured table action in the next week, and it is not outside the realm of possibility that one or more of the players with few chips may bust from the tournament. Meanwhile, the Republican and Democratic players will be gearing up for the holidays.